YOU ARE THE SALT OF THE EARTH

Speaking to His disciples who in turn retold to the gathered crowds, “You are the salt of the earth. But if the salt loses its saltiness, how can it be made salty again? It is no longer good for anything, except to be thrown out and trampled underfoot.” – Matthew 5:13 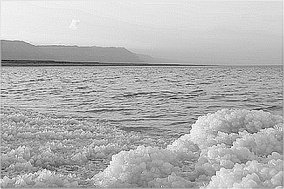 Most know well this teaching metaphor from the Sermon on the Mount.  This metaphor has become part of our vernacular when we say of a person, “They are the salt of the earth.”  In fact, this popular idiom may pull us away from the powerful context of this place and time in which Christ taught.  For you see, the people of that region were custodians of the actual salt for the Roman Empire, the occupiers of their land.  The salts of the Dead Sea were as gold in those days, an easily transferable means of monetary exchange.  It was used as “salary” for the vast Roman armies.  Probably it was the salt that made the Romans put up with this troublesome population of Jews.

So when Christ reminded them of their value to the Romans, Christ reestablishing the worth they brought to the table.  As a land and as a people, they possessed an economic significance.  The Romans needed both them and their natural resources of salt.  It was a call to stand tall before the Romans.  To stand with dignity and resolve.  Not to be trampled upon by Roman boots, not to see themselves as slaves or chattel, but to be free souls even in this time of oppression.  They were not to cower under the Roman whips but to endure with courage and never surrender our worth in the eyes of God.  They were not to fear the intimidating specter of crosses but if need be carry your own cross lest the Romans think they have won.

People like you and people like me … we must remember the worth with which God endowed us.  We are children of God; we are men and women of significant worth not expendable pawns; we will not assume the ways of the enemy in order to defeat the enemy, but rather endure with dignity and godly integrity.

1 Response to YOU ARE THE SALT OF THE EARTH