… Jesus began to show his disciples that He must go to Jerusalem and undergo great suffering at the hands of the elders and chief priests and scribes, and be killed, and on the third day be raised.  Then Peter took Him aside and began to rebuke Him, saying, “God forbid it, Lord! This must never happen to you.” But Jesus turned and said to Peter, “Get behind me, Satan! You are a stumbling block to me; for you are setting your mind not on divine things but on human things.” – Matthew 16:21-23 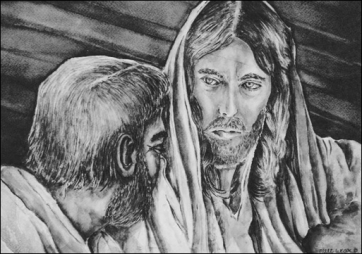 Christ seems rather harsh with Peter.  How was Peter to surrender to the sense of fatalism!  Why must this be?  Yes, Christ seems rather harsh with Peter, especially when Peter is expressing his loyalty and devotion so nobly.  Yet … Christ is rather abrupt and confrontive of Peter, “No, Peter, you following the ways of the Deceiver, using declarations of noble cause to thwart the wishes and ways of God.  You are thinking like the world thinks and not how heaven thinks.”

That would the struggle of Peter in the days ahead and the years ahead as leader of the Early Church, to learn how to deal with life, people, and circumstances not as worldly common sense and worldly cleverness would do but as heavenly discernment and heavenly wisdom might do.  And why is this so critical to Christianity and the Church?  In this new Realm of God in which heavenly ways merge in the ways of humanity, the way of thinking, the way of choosing, the way of living, the way of being and doing is significantly different.  And deeply ingrained worldly habits, well, they are resistant to change.

After a lifetime of Church meetings, I found that worldly ways of thinking were predominant over heavenly ways of thinking.  It seemed the waters of their baptism had merely touched the surface and had not even moistened the well-learned worldly ways within.  When issues arose most often with most members … they retreated to worldly understandings.  And to be fair, I myself have often been as Peter, approaching life with earthly ways rather than with heavenly ways.  The worldly ways of doing things and seeing things even experiencing things is so much a part of us.

We are not so much to be “converted” but to be “transformed”.