THE REVERENCE OF ACTUALLY LISTENING

Six days later, Jesus took with Him Peter and James and John, and led them up a high mountain apart, by themselves. And there Jesus was transfigured before them,  and His clothes became dazzling white, such as no one on earth could bleach them. And there appeared to them Elijah with Moses, who were talking with Jesus.  Then Peter said to Jesus, “Rabbi, it is good for us to be here; let us make three dwellings, one for you, one for Moses, and one for Elijah.”  He did not know what to say, for they were terrified.  Then a cloud overshadowed them, and from the cloud there came a voice, “This is my Son, the Beloved; listen to him!” – Mark 9:2-7 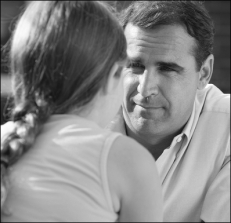 Too often, far too often, we only half-listen and, at times, barely listen.  I offer that too many Christians fail to truly listen to Christ, but rather only half-listen or even barely listen to the voice of Christ.  I am saddened when I think that so many Christians claim Christ as their Lord and yet know so little of His teaching.  And even worse … when so often when they actually listen to His words, they rationalize them away. And yet that Voice from the cloud did plead with the disciples …“This my Son, the One in whom I have poured my Love, LISTEN TO HIM!”

If we are not intentional and vigilant, we only hear what we want to hear.  This is a rather common trait in the human experience, but with those who claim to follow Christ, this amounts to arrogance and a lack of reverence.

I find the art of listening is a most challenging skill to master.  It takes self-discipline; it takes focus; it is takes a willingness to give the necessary time for reflection; it requires the right follow-up question; and it takes patience to allow the thoughts behind the words to emerge.

1 Response to THE REVERENCE OF ACTUALLY LISTENING