THE TEMPTATION OF EMPIRES AND NATIONS

The devil took Jesus to a very high mountain and showed him all the kingdoms of the world and their splendor; and he said to Him, “All these I will give you, if you will fall down and worship me.” Jesus said to him, “Away with you, Satan! for it is written,‘Worship the Lord your God, and serve only Him.’”  Then the devil left Him, and suddenly angels came and cared for Him. – Matthew 4:8-11 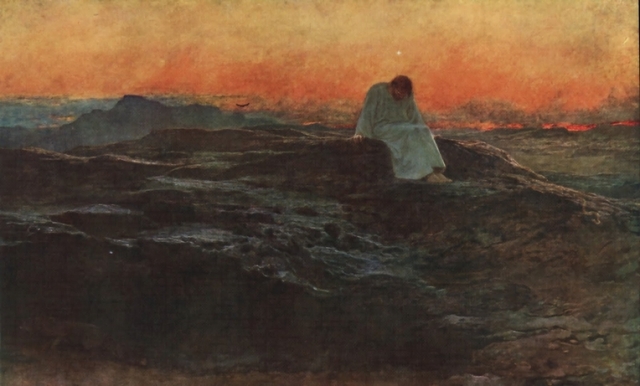 For most people, this temptation works by way of proxy.  We support those who promise that we become numbered among the elite by giving us license for our anger, bitterness, arrogance and pride to somehow become virtue.  We place our hope in those who lure us with military might and economic reward.  We become part of the frenzied crowd willing to be hypnotized by the call to build empires and rise above all others.

Christ would become a King, a Sovereign, but one not made so by wealth and weapons, but way of self-giving Love and the gift of Peace.  Pilate mockingly said to Christ, “So you are a king!”  And Christ answered, “I am king but not in the manner of worldly kings.  My realm is a heavenly realm that will permeate throughout all the nations.” [my paraphrase]

Yet … no matter how many kingdoms rise and fall … humanity seems always vulnerable to be tempted once more by visions of national glory.