THE DOING PART OF BELIEVING

Then Jesus’ mother, sisters and brothers arrived at the door of the crowded house. Standing outside, they called for Him.  A crowd was sitting around Him; and they said to Him, “Your mother and your brothers and sisters are outside, asking for You.” And Jesus replied, “Who are my mother and my brothers?” Looking at those who sat around Him, He said, “Here are my mother, my sisters and my brothers!  Whoever does the will of God is my brother and sister and mother.” – Mark 3:31-35

I believe that one of the misunderstanding of many Christians is that they take the doing out of the act of believing.  Here, quite clearly, He states, even emphasizes through the syntax that it is not merely assenting to the reality of God that establishes a kinship with the Divine, but the actual doing of God’s will, God’s wishes and ways. 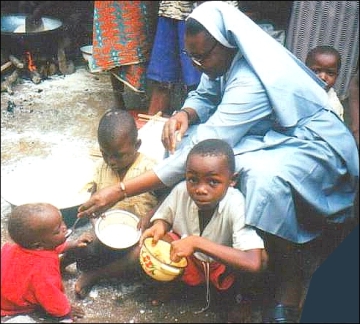 To Love as Christ did Love is not only a matter of the heart but also a matter of the hands.  Christian Love comes first from God then enters into the soul and then expresses itself out into the world with the making tangible to others that Love of God now received.  Doing the wishes and ways of God, translating God’s Heart into the human experience of servanthood.

It is true that we need only to believe, as long as that believing includes the dimension of doing.