THEY EVEN MOCKED CHRIST

It was nine o’clock in the morning when they crucified Jesus. The inscription of the charge against Him read, “The King of the Jews.” And with him they crucified two bandits, one on his right and one on his left.  Those who passed by mocked Him, shaking their heads and saying, “Aha! You who would destroy the temple and build it in three days, save yourself, and come down from the cross!” In the same way the chief priests, along with the scribes, were also mocking Him among themselves and saying, “He saved others; he cannot save himself. Let the Messiah, the King of Israel, come down from the cross now, so that we may see and believe.” Those who were crucified with him also mocked Him. – Mark 15:25-32 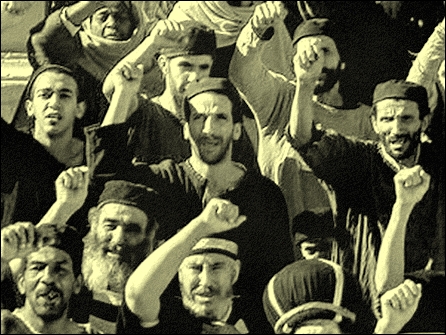 To mock –  to laugh at someone, often by copying them in a funny but unkind way:
to make something appear stupid or ineffective. (Cambridge Dictionary)

I have observed that frenzied crowds like to mock and they mock with self-condemning laughter.  They enjoy drawing blood; they enjoy bringing down; they enjoy the release of a cowardly rage.  And within it all, there broods a repression of guilt, the guilt of indifference, the guilt of cynicism, the guilt of blaming, the guilt of abandoning conscience for the sake of a cause.  And the mocking can galvanize the crowd by way of a mutual permission to be cruel.  It is a tool of the evil among us.

I am guilty of the sin of mocking and I regret that moral failure within me.  But the Spirit of the Lord is making ever more vigilant to resist the temptation to ridicule.  I find a great deal of mocking in the world … and it continues the wounding of others and the degradation of ourselves.