THE WISDOM OF A DISCERNING RABBI 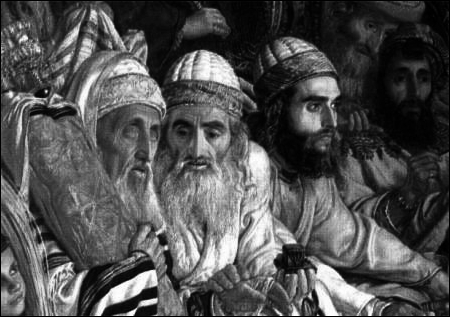 When the Sanhedrin heard this testimony of a number of the apostles, they were enraged and wanted to kill them.  But a Pharisee in the council named Gamaliel, a teacher of the law, respected by all the people, stood up and ordered the men to be put outside for a short time. Then he said to them, “Fellow Israelites, consider carefully what you propose to do to these men.  For some time ago Theudas rose up, claiming to be somebody, and a number of men, about four hundred, joined him; but he was killed, and all who followed him were dispersed and disappeared.  After him Judas the Galilean rose up at the time of the census and got people to follow him; he also perished, and all who followed him were scattered.  So in the present case, I tell you, keep away from these men and let them alone; because if this plan or this undertaking is of human origin, it will fail;  but if it is of God, you will not be able to overthrow them—in that case you may even be found fighting against God!”  – Acts 5:33-29

The book we title The Acts of the Apostles begins with a number of cautionary stories for the early Church.  This discourse by the famous rabbi, Gamaliel, is a lesson in wisdom and discernment.  With any new movement of the Faith, with every fresh expression of the Church, there is resistance, and if the resistance is passionate enough, the Something New is under the threat of persecution.  But wise and discerning Gamaliel counsels a better and truer even godlier form of scrutiny … “Let these men be … if this is merely something of Man it will eventually fade away … but if it proves to be something of God it will endure.  Do dare risk being persecutors of a new way authored by God?”

Christ was crucified out of fear that turns into hatred by the holy-devout.  Centuries later, Martin Luther was declared heretic by the holy-devout.  Not long after in the formation of my denomination of origin, John Wesley had the doors of the Church of England slammed in his face.  Over and over, unbelievable so many times over …  the conservative holy-devout has failed to follow the counsel of the wise and discerning Gamaliel.  The power of former has sought to rid itself by the troublesome new way of thinking.

Are we among those sitting in judgment as a present-day Sanhedrin?  Or are we among those apostles accused?  If we follow the advice of a respected man of God … we will allow the test of the passing of Time.