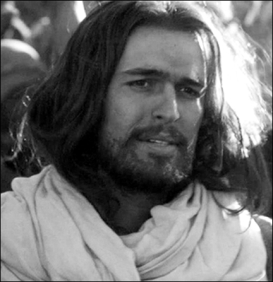 {Jesus said to His disciples before sending them out on their missions) “Woe to you, Chorazin! Woe to you, Bethsaida! For if the deeds of power done in you had been done in Tyre and Sidon, they would have repented long ago, sitting in sackcloth and ashes. But at the judgment it will be more tolerable for Tyre and Sidon than for you. And you, Capernaum, will you be exalted to heaven? No, you will be brought down to Hades. “Whoever listens to you listens to me, and whoever rejects you rejects me, and whoever rejects me rejects the one who sent me.” – Luke 10:13-16

Hard words spoken by Christ, stern warning to the towns to where His disciples would be bringing His message of a New Realm of understanding, a realm of mercy, grace, and authentic love.  So resistant to change, even when the change is one brought forth by the Lord in the fullness of Time, these places where rigidity was mistaken for faithfulness.

Hundreds of times, I reckon, I have heard righteous voices warn the times in these places that unless the nation repent, all will be lost.  The problem I have with such self-designated prophets is that the sins needing repentance are usually of a sexual concern.  Seldom do I hear them speak of such concerns as greed, prejudice, self-indulgence, indifference to the needs of the poor, injustice, cold-hearted-ness, trusting in the security of Caesar’s might, the devotion to the god Money rather than to the God who provides so we might share.  No, it is usually about concerns sexual, often described in lurid detail.  Sometimes these prophets seemed obsessed with the sins they condemn.

But what was cause of these town placing themselves at risk?  By rejecting Christ and the message Christ Himself did bring.

Oddly, rather paradoxically, in our present times … the very words of Christ, His teaching, His commands, His example, His stories … are not the focus of certain expressions of Christianity.  No … it is focused instead on a doctrinal conformity and on a selection of moral rules, and faintly with lip service, the words of His message and the mission of His Life.