TO HEAL OR TO HARM 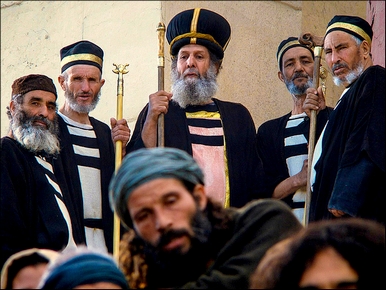 Again Jesus entered the synagogue, and a man was there who had a withered hand.  The Pharisees watched Him to see whether He would cure him on the sabbath, so that they might accuse Him. And Jesus said to the man who had the withered hand, “Come forward.” Then Jesus asked his critics, “Is it lawful to do good or to do harm on the sabbath, to save life or to kill?” But they were silent. He looked around at them with anger; He was grieved at their hardness of heart and said to the man, “Stretch out your hand.” He stretched it out, and his hand was restored. The Pharisees went out and immediately conspired with the Herodians against Him, how to destroy Him. – Mark 3:1-6

The Pharisees cast a critical eye on this rabbi from Galilee for His thinking was contrary to their own.  They were concerned with law-and-order while He was concerned with compassion and goodness.  His question about is it lawful to do good or to do harm, to save life or to kill, begged an answer that was obvious.  You heal on the Sabbath, not harm.  Yet, in the legalism of the Pharisees, their focus on adherence to the rules, the obvious answer escapes them for their cause is of more concern than the compassion.  The Pharisees saw themselves as judges; Christ saw Himself as healer.

We are too often blinded by our own zealotry.  For the sake of a passionate cause we sacrifice the compassion that is both human and Divine.  We prefer victory over harmony, punishment over mercy, righteous cause over righteous spirit, self-righteousness over self-examen.  So fixated on a specific “ends” we neglect the goodness of our “means”.

The Pharisees claimed to be men of faith, the true faith.  The Pharisees professed to be patriots of the old order.  The Pharisees were meticulous to the laws in scripture, even extending the law in excruciating detail.  The Pharisees believed they sat in the seats of justice, administering both the only valid interpretation and the punishment of those dared choose another way of conscience.

Did you notice that when the Pharisees resolved to rid the land of this “Jesus” problem, they turned to the political power of the Herodians, the inner circle of King Herod?  History often witnesses this unholy alliance … of the self-righteous crusaders and the power of the crown.