THE HAUNTING OF CONSCIENCE 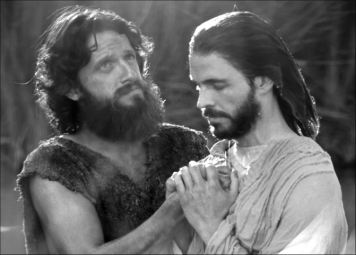 King Herod heard of the activities of Jesus, for Jesus’ name had become well-known. Some were saying, “John the baptizer has been raised from the dead; and for this reason these powers are at work in him.” But others said, “It is Elijah.” And others said, “It is a prophet, like one of the prophets of old.” But when Herod heard of it, he said, “John, whom I beheaded, has been raised.”  For Herod himself had sent men who arrested John, bound him, and put him in prison on account of Herodias, his brother Philip’s wife, because Herod had married her. For John had been telling Herod, “It is not lawful for you to have your brother’s wife.” And Herodias had a grudge against him, and wanted to kill him. – Mark 6:14-19

Sexual scandal in government is nothing new, nothing new at all.  John the baptizer called to accountability the royal family.  And the royal family did not like it.  And as is often among powerful people, they sought to rid their lives of this annoying critic, as well as the feeling of guilt that accompanied their self-indulgent ways.

Apparently, the people in power were puzzled about what role this Galilean rabbi would play out in the cultural/religious history of this land.  Was He the Elijah who precede the new messianic age?  Or was He another prophet in a long line of prophets, but another voice of conscience that rose up now and then?  But to Herod … Jesus was possibly the spectre of another John the Baptizer, a ghost of the man whom Herod sought to silence.  And there is the psychological insight in this story … guilt haunts us in spite of all our denials and all our attempts to silence it.  No, guilt can only find relief in the restorative mercy of God, usually administered through human agency.

All through the Gospels we observe Herod trying to avoid the accountability for his actions.  He denies, he deflects, he shifts blame, he distracts his seared conscience through his boasting and pomposity.  But the guilt still haunts him.

False feelings of guilt are useless and harmful to a mortal soul.  But true guilt is a reality that makes itself known in unexpected ways.  It is as if true guilt carries with it its own justice.  No, the only way true guilt can be dissolved is through accepting responsibility and asking for the mercy of the court.  Christ tried to reassure us that the mercy of God is both eager and bountiful.  But if we hide … if we cover it up … the mercy of God is then refused.

Loved Ones, trust the mercy … and trust in the power of mercy offered.